Well, I have to be thankful for a most magnificent moon again, big and orange as we headed downtown Westminster for Common Ground on the Town. Christopher James was playing at Johanssons, and I really like his playing, singing, and songwriting.

We were at Common Ground’s Roots Festival all day. The music was awesome, and it was really nice to get a few minutes of chat in with some of the people who were in the songwriting class I took a couple of weeks ago. I got to hear Josh Hisle and Dan Collins again (fantastic!). Hot Tuna was phenominal, as you can imagine. I’m thankful that the day was so spectacular. I feel connected to music and musicians in a whole new way.

I’m am thankful for the amazing full moon that seemed to appear in the sky suddenly as we turned down a parking aisle at the mall. It was big, and golden yellow, and simply gorgeous. It was enough to take my breath away, if only for a few minutes while I gazed at it before driving off towards home.

Wow, it’s a tough one to figure out tonight. Nothing stellar happened that snapped into that “something to be thankful for” category. So maybe I’m just thankful that nothing terrible happened to anyone I know, and that I was able to snag the only copy of “CSNY 1974” (the one with the bonus DVD and booklet) that FYE had in stock. Yeah, those are good things to be thankful for.

A nasty storm thundered through this afternoon. I received an email notification that UPS had delivered my box set CD and vinyl Ed Sheeran “X” which had been on backorder for more than a week. I am thankful that the items were not damaged by the rain or wind. Yes, the packaging was slightly wet, but the contents were dry. Thankfully.

Sometimes there are little things to be thankful for. The situation passes quickly, and so does the feeling of gratefulness. I figure if I jot them down it will help remind me that not everything in life should be stressful.

Day 1 – I’m thankful for the person who put his/her left turn signal on in advance of the turn lane. This gave me enough time to make my right turn into traffic, drop off my Comcast box in plenty of time to get home, pickup my dog, and make it to the vet with a few minutes to spare.

I’m also grateful for spending lunch with a coworker. We had a great conversation which left me feeling a little better about a situation at work.

And the sunset was pretty cool tonight. 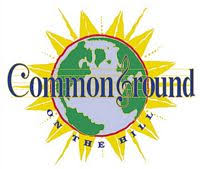 It’s funny how you can walk into something with certain expectations but walk away with something you didn’t bargain for – something much better.

I spent mornings last week attending a songwriting class from Common Ground on the Hill. Josh Hisle, an Iraq war veteran, led the sessions along with his friend Dan Collins – both accomplished songwriters with an apparent passion for sharing their skills (links to their sites are below). I signed up for the class thinking I would learn about crafting songs – structure, form, and how to connect to your audience. We didn’t really touch on how to actually write songs in the context of verse-chorus-bridge-hook-etc., but my takeaway was that songwriters write about things that speak to them. Those things could be war, family, memories, feelings, characters, or even chickens. The other takeaway was that it’s okay to be nervous when you perform in front of people and that nervousness will probably diminish as you perform more often.

It turned out that everyone was expected to participate, whether singing or speaking his or her song/poem. Since I haven’t written anything since high school (expect for that Martin Lifespan strings contest entry a couple of years ago), I had to dust off a couple of songs. Actually, I not only had to dust them off but also had to add to and update them. Which brings me to another interesting fact about the class – everyone provided the story behind how the song/poem came to be written. That was awesome, not something we usually get when listening to a song on the radio.

I explained that the first song I was going to share with the class was written in 1974. I had been telling the women where I worked a summer job that I wrote and performed a song for the high school talent show. One of the women told me to write her a love song. I told her to give me a line, and at that moment she looked down at her smock and said, “My uniform is dirty.” I said, “Great, that will be a line in the song.” I believe she thought I was nuts.

I wrote the song, although it was short and not structured well. I pulled this song out of my binder, added a bridge and some new words in the verses, and sang it the next day for the songwriters. After class, one of the girls came up to me and asked if I ever told the women I finished the song. I don’t recall if I did. So the girl said I should let her know. After a little Internet searching, I found that the woman passed away several years ago. So now I guess I’ll flex my songwriting skills and write a song about missing the opportunity to let the woman know (her name was Joann, by the way) that I finished her song.

The thing I enjoyed the most about the class was being around songwriters, listening to them as they told us about and sang their songs. I can understand why artists form communities. It’s a rewarding experience to be around someone who knows what you’re going through as you explore ways to express yourself through word and song.

Oh, and one more huge takeaway – I plan to do this again next summer but may take even more classes from Common Ground on the Hill.